here are the following pictures: 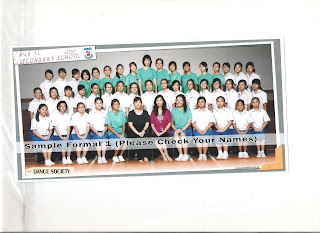 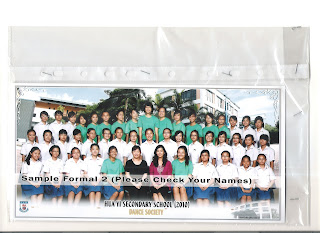 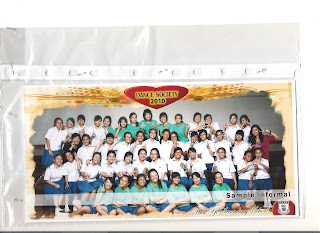 Informal
each photo will cost $4. please make your order by this friday, 10 june , 5pm
you will have to pay once skol reopens or during dance practice, thanks

Saturday, April 10, 2010 '
yohoo! it has been a long time since i had blog. sec 3 life was just as normal. school and study. failing some of my subjects which i was thinking that i would pass. Just had my a math test lately and it was such a disaster. At the last minute, i thought of how to get the answer. but in the end, i was careless. and i gt a negative in front my the ans -.- there is a high possibility that im going to fail my a math test. if i can pass,  i will be vey happy. recently, fall down again during pe. a whole patch of blood just flow out of my knee. everyone was so shocked and some thinks that my leg was cool. this is probably because that my leg was all white. thanks for all my best friends and friends who was concern about me and special thanks to eustacia, ashlea an minhui for accompany me to the general office when they have lessons in the afternoon. however, it was totally not a fun thing to have a whole patch of blood flowing out. i was unable to walk normally till now. and yesterday night, after my mum help me apply a black medicine on my leg, it hurtthe whole night, making me unable to sleep. it was about the morning when i started to sleep. hope that my leg will recover soon. i hope to play volleyball normally! haha. that's all. bye.

Wednesday, October 28, 2009 '
hi guys. im bac from my trip to peranakan (: first, like to thank amos for telling the boys to let us sit at the last sit which consist of 5 seats combined together. unfortunately, in the end there was onli four as one of it was spoil or nt ter? donno hw to sae lawls.so we were all squeezing together. throughout the bus trip i was listening to music and sleeping haha. so after reach ter, go through all kinds of presentation? by the sec 3 students. was so fun and after that went bac to skol. saw mr razak. he called 4 guys and mie -.- scare mie lehs! tot wad happen. but then actualli he onli call us to do survey -.- then when handing in the form, he tot i was another girl then i was super blur of wad he was toking about. so after the trip went home, bath, and went to meet wanyi to go jurong west stadium to find job. then after that went jurong point lib then went to science centre. finalli , the head call us to go interview this sat !!! so nervous when talking to him sia. hope that i could pass the interview (: wish mie luck (:

Friday, October 23, 2009 '
hi, back from my mia (: During mia , did lots of things. one of the things is went sentosa with my friends. and after the trip, we all turn black except for Ashlea who turn Singapore flag haha. for me, i turn a bit tan bah.my mum was shock when she saw me come back from the trip to sentosa, saying that i have become a malay women. but then, as skin start to peel , things was getting better. Another thing would be finding job at jp. heartbroken for about 5 times as they say need a minimum of 16 or 18 years old to work. Finally , found one at mc. currently waiting for their call to inform us for our interview. hope that we could pass . for today, was the death of me, results were out! things was getting bad. i fail 2 of my most important subject. and one of those by one mark ( if rounded off) .

Happy belated birthday Amelia and Kieran !!
today went to school for the celebration of amelia and kieran birthday. was quite fun as i was toking to amelia some crap cos they were preparing in the sc room. after i chat to them, i became quite crazy. then xiaolin as me if i got eat my medicine. LAWLS. so after the celebration, went to eat ban mian!!! is super delicious!!! always the best man! then, went back to sc room for meetings and blahblahblah.
p.s. bought a volleyball at queensway too (: i wanna playyyyyyyyyyyy!!!

(two times in a dae-.- )
hi all. todae im super duper sway. first, i was playing the volleyball then when i hit it , it went down to the drain -.- after that i was super worried. then before the teacher's day concert, i saw two people fight. lt was super scary. so blah blah blah . the concert went quite smoothly. so after that, went to see how to get down to the drain to take the ball as my fren had gone in b4 so she was kind of showing me the way. went down a 'small hole' and walk super fast. and this was wad leads me to the fall down. after that i tried to pull myself up and then walk. after walking for awhile, i feel like my knee and my left elbow was extremely pain. guess wad? when i look at it, it was bloody red. but was glad that we went in and come out with the volleyball just in time, before it rains. and high thigh. so after that my frens helped me to clean my hands and legs as the injuries was so painful that i can hardly walk.. thanks (:  so went bac to shuqun and saw my fellow frens. was chatting with them and this makes mie super crazy. we was screaming and laughin lik nobody business. haha. it was a wonderful time wif them . until the time when i fall again -.- two times in a day! and now i got like four injuries with one bruise. so after that, when goin home that time, BRIELLE scream just because a car went by and honk -.- it scares mie though and this makes mie scream too. it was not because of the car honk but bcos he scream so loud that i was shock.

Cravings
Last update:
to habb a himm
who can protect me
and show up whenever i wants him to.
freedom
my personal laptop
get into express
watch all drama series
we four habb the same clothed
to go out wif frens to far far places
to hab my own basketball(:
dolpine collection (:
pooh pooh family:
-pooh
-piglet
-eeyore
-tiger
camera